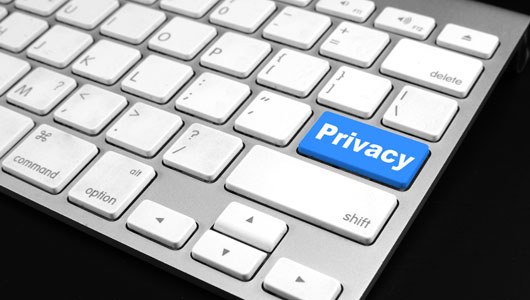 So let’s take a look at the pretty simple facts. Police in Saskatoon were investigating child pornography, and found that someone using a certain IP address was downloading and storing child pornography using the peer-to-peer program LimeWire. Tells you how long cases take to work through the courts considering LimeWire ceased existing in 2010. ANYWAY, the police had the IP address, and traced it back to the ISP, Shaw. Without a warrant (or technically, a “production order”), they asked Shaw (nicely I’m sure) to turn over the name, address, and phone number associated with the IP address. The request from Shaw had some alleged basis in law, as the police relied on s. 7(3) (c.1) (ii) of PIPEDA, which states:

…an organization may disclose personal information without the knowledge or consent of the individual only if the disclosure is…
(c.1) made to a government institution or part of a government institution that has made a request for the information, identified its lawful authority to obtain the information and indicated that…
(ii) the disclosure is requested for the purpose of enforcing any law of Canada, a province or a foreign jurisdiction, carrying out an investigation relating to the enforcement of any such law or gathering intelligence for the purpose of enforcing any such law (my bold as usual)

At his trial, Spencer claimed that the his Charter rights had been violated when police got his info from Shaw without any court order or warrant. Section 8 of the Charter states that “Everyone has the right to be secure against unreasonable search or seizure”. The trial judge said sorry buddy, nothing wrong with that, getting ISP subscriber info is not even a “search” so GUILTY GUILTY GUILTY. The Court of Appeal agreed with that assessment. Supreme Court here we come.

Well the Supreme Court kind of disagreed on a few points, but the result is still appeal DENIED. First, the Court disagreed with the lower courts and said in fact it is a search. To get to this, there is some legal mumbo jumbo about past cases and the fact that the Court must look at two things: 1. the subject matter of the search, and 2. the nature of the privacy interest potentially compromised by the state action. I know that’s more law than you wanted to hear, but there is a very important quote in the number 2 of this part of the analysis that bears repeating, because it goes to the nature of internet privacy rights and illegal activities:

The nature of the privacy interest does not depend on whether, in the particular case, privacy shelters legal or illegal activity. The analysis turns on the privacy of the area or the thing being searched and the impact of the search on its target, not the legal or illegal nature of the items sought. To paraphrase Binnie J. in Patrick, the issue is not whether Mr. Spencer had a legitimate privacy interest in concealing his use of the Internet for the purpose of accessing child pornography, but whether people generally have a privacy interest in subscriber information with respect to computers which they use in their home for private purposes

So that’s good to know. Even if your dealing with illegal stuff, you have privacy! Pirate Bay here I come. This analysis goes on for a bit, talking about “informational privacy” (like, on the internet). Here’s a good quote about that for your future speeches:

And hey, look, the Court understands the internet:

the Internet has exponentially increased both the quality and quantity of information that is stored about Internet users. Browsing logs, for example, may provide detailed information about users’ interests. Search engines may gather records of users’ search terms. Advertisers may track their users across networks of websites, gathering an overview of their interests and concerns. “Cookies” may be used to track consumer habits and may provide information about the options selected within a website, which web pages were visited before and after the visit to the host website and any other personal information provided

Sorry for all the big quotes but this is really important stuff you guys! OK we’re getting to the important bit now, first about anonymity:

The user cannot fully control or even necessarily be aware of who may observe a pattern of online activity, but by remaining anonymous – by guarding the link between the information and the identity of the person to whom it relates – the user can in large measure be assured that the activity remains private

And the clincher about how this relates to subscriber info:

there is a reasonable expectation of privacy in the subscriber information. The disclosure of this information will often amount to the identification of a user with intimate or sensitive activities being carried out online, usually on the understanding that these activities would be anonymous. A request by a police officer that an ISP voluntarily disclose such information amounts to a search.

Again, this is important. A request for subscriber info leads to your “intimate and sensitive activities”. That’s private dammit!

So we have a search. Was it lawful? Fuck and no. Besides the big PIPEDA clause I wrote out above (ok, ok, cut and pasted above), there is a Criminal Code provision (487.014(1) if you care to look it up) that allows for the police to ask someone (say, an ISP) to voluntarily turn over information if they are not legally prevented from turning over that information. Yeah, I know, sounds kind of circular to me too. But the PIPEDA provision and Criminal Code provision together do not provide a new special search power:

Since in the circumstances of this case the police do not have the power to conduct a search for subscriber information in the absence of exigent circumstances or a reasonable law, I do not see how they could gain a new search power through the combination of a declaratory provision [Ed. note: the Criminal Code provision] and a provision enacted to promote the protection of personal information [Ed. note: the PIPEDA provision]

There is another bit in the judgment about the “making available” offense of child pornography, but that has nothing to do with internet law so let’s just ignore it. Point is, there is a real right to privacy in the subscriber information, because there is information about your internet habits associated with that, and the ISP shouldn’t just be turning it over willy-nilly when the police ask.

First, good job Supreme Court! You found some quality right to privacy and anonymity stuff in there, while at the same time keeping the evidence in and upholding the conviction. Can you imagine if the effect of the decision was to let Spencer go free? The Harper government would have had a field day, demanding all sorts of new laws for ISPs to disclose subscriber info and other nefariousness. Remember Bill C-30?

Well, Bill C-30 is dead, but now we have Bill S-4 working its way (and pretty quickly mind you) through the legislative process. Let’s go back to what I wrote in that post I just linked to on S-4. I described how PIPEDA will be amended to allow an organization to disclose personal information (like ISP subscriber info):

So it looks like S-4 is granting the power under PIPEDA that the Supreme Court just said doesn’t exist? That there is no basis for it to exist? Hmmm. The government doesn’t seem to give a shit. But given this Spencer ruling, S-4 (not to mention Bill C-13) may have some constitutional issues.

The Privacy Commissioner of Canada says the Government should reconsider C-13 and S-4 in light of this ruling. The Government says bite me. Which side are you on?

get a Warrant, magic carter and all that. Nice explanation Alllen. I wonder what effect it will have on content providers seeking names to go with suspected Pirates IP?

The Supreme court has really taken an interest in privacy with this decision, the Alberta (IPC) decision and the Bernard decision. Next up, Fearon. If you haven’t seen Howard Knopf’s recent post on copyright trolling, I recommend it.