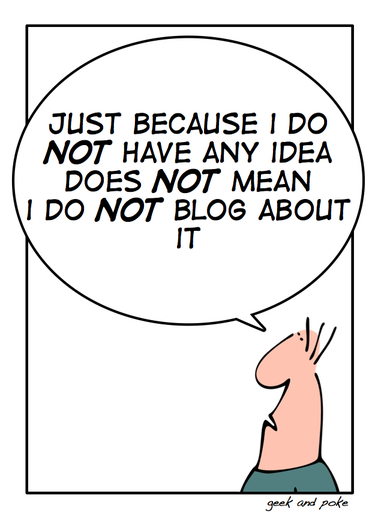 So with all the media whoring over the last couple of weeks, I have neglected to tell you all sorts of interesting stuff. You may have heard that Bill C-11 cruised through the Senate and received Royal Assent. Ugh. When it actually comes into force I’ll write about it again. Oh, and here’s a very interesting article about C-11’s effects on isoHunt.com, with juicy quotes from some internet lawyer guy.

But what I missed that I really wanted to write about was a very interesting and important case that came out of the Federal Court of Canada, that is a real help for bloggers and other online journalists. Better late than never. Let’s take a close look at Warman v. Fournier (PDF), which allows for some significant copying of content on the internet. Yippee!

So Mark and Constance Fournier run the website Free Dominion (“The Voice of Principled Conservatism”. Sample discussion thread: Mulcair is an A**wipe – so is the NDP). A couple of people (Warman and some guy working for the National Post) claimed that Free Dominion had copied their works onto the FD website in violation of their valid copyrights. The Federal Court said “go home, losers”, and sided with the Fourniers. And the Fourniers represented themselves no less! Who needs lawyers anyway?

The Court threw out the Warman part based on the fact that the claim had not been brought within the time required. But the Post claim was still good. In fact, the Fourniers (actually a poster in one of the FD forums) had copied an entire National Post article onto the website, verbatim. The Post and the writer (Jonathan Kay) complained, and the Fourniers were nice, and took the story down. However, they then posted excerpts of the article. Did posting those excerpts also count as a copyright violation? Well to answer that, we’re going to have to read the law. Sorry! Here’s part of section 3 of the Copyright Act:

3. (1) For the purposes of this Act, “copyright”, in relation to a work, means the sole right to produce or reproduce the work or any substantial part thereof in any material form whatever…

Did you see the important part there? Well you should have because I bolded it. Did the excerpts count as a “substantial part” of the work (i.e. the article)? If it did, the Fourniers would have been liable for copyright infringement, defined in section 27 as when someone else does something only the copyright holder (i.e. the Post and / or Kay) had the right to do, i.e. reproduce it.

Well, the Court answered with a resounding NO; the excerpts were not a “substantial part.” How did the Court come to that decision? Well, once again, I read, so you don’t have to. There is a famous Canadian copyright case (U & R Tax Services Ltd v H & R Block Canada Inc.) which outlined a bunch of factors to determine whether something is a “substantial part.” The factors are:

Did you understand all that? No worries, I barely do either, and I wrote a Master’s thesis on copyright! Anyway, the judge in this case applied those factors, and especially:

Quantitatively, the reproduction constitutes less than half of the work. The Kay Work itself consists of a headline and eleven paragraphs. The reproduction on Free Dominion included the headline, three complete paragraphs and part of a fourth. Qualitatively, the portions reproduced are the opening “hook” of the article, and the summary of the facts on which the article was based. Most of the commentary and original thought expressed by the author is not reproduced.

The Court said most of the other factors didn’t apply, so based the decision on the above paragraph. So when copying, always make sure you copy less than half!

Even if the Court had not decided for the Fourniers based on the factors, it still would have made the same decision based on the concept of “fair dealing.” You probably have heard of “fair use”, which is an American concept. Fair dealing is the Canadian version, but it is more limited. While fair use is open-ended (meaning it could apply to any situation), fair dealing, as laid out in section 29, only applies in cases of research, private study, news reporting, criticism and review. (As a side note, Bill C-11 – coming soon to a court near you! – expands those cases to education, parody, and satire). The point is if the Court says the dealing was fair, you won’t be liable for infringement.

ANYWAY, the Court said the excerpts were in fact fair dealing. How did they make that determination? Well, another list of factors! I won’t list them for fear of boring you to death, but they come from a Supreme Court case us lawyers just call “CCH”. Go ahead and read it (or skim its Wikipedia entry) for the deets. The point is, this Court said that in this case, the Fourniers use of the excerpts was cool as they were just reporting the news.

There was also another part of the case, where there was a link on Free Dominion to a photograph posted on the photographer’s website. The Court held that just linking to the picture was not infringement, as it was just a link and not re-uploaded to Free Dominion’s servers, and the photographer had “authorized” the communication of the picture by putting up on his own site. Well, duh. It’s not like the Fourniers took a copyrighted picture and put it at the top of a blog post or anything.

Before finishing, I should note that this decision comes from the Federal Court’s “Trial Division”, and there is an “Appeal Division” so this may not be over. Lawyers like to appeal. But after reading the judgment , it will be tough to win an appeal IMHO, as the judge’s  analysis (with factors!) is excellent and there don’t seem to be any glaring mistakes.

So what can we learn from this case? Well, we can copy big chunks of copyrighted material on the internet, for example on a blog, in the right circumstances. Yay! Let’s finish up by testing this theory by copying a significant part of Jonathan Kay’s article in the National Post from today. Oh and for the record, here is my review of the article: it’s great!

It is perhaps because Scientology combines Hubbard’s love of technology with a hair-trigger phobia of anyone who threatened his lucrative business model that Scientologists were among the first to recognize the information-sharing possibilities of the internet — which they promptly tried to censor.

Back in the early 1990s, when the net was a mere nerd-nest of text-only discussion groups, Scientologists targeted “copyright terrorists” by trying to shut down whole discussion boards — including the Usenet newsgroup alt.religion.scientology, which they claimed violated the Scientology trademark.

They have also tried to get Google to exclude anti-Scientology websites from its search results, and used hardball legal tactics to harass, bankrupt and intimidate their critics — many of them disaffected former members. In the United States, the Church of Scientology also has been a staunch backer of draconian copyright legislation. If you want to know whether Scientology qualifies as a “religion” on par with other bona fide faiths, try to imagine the Catholic Church or the Saudi royal family charging people tens of thousands of dollars to learn their religious tenets, and suing anyone who dared republish the Koran or Bible on the internet.

Of course, people have the right to embrace fringe faiths. At the very least, it must be admitted that Scientologists don’t strap bombs to their chests. And it is also true that their entry-level teachings generally promote peace, honesty and tolerance of other faiths. If people want to spend their time and money poking each other with eMeters and learning aboutvwhat Xenu did 75 million years ago, I suppose that’s fine by me.

Posted in: Copyright, The Courts
Tagged: excerpt this.