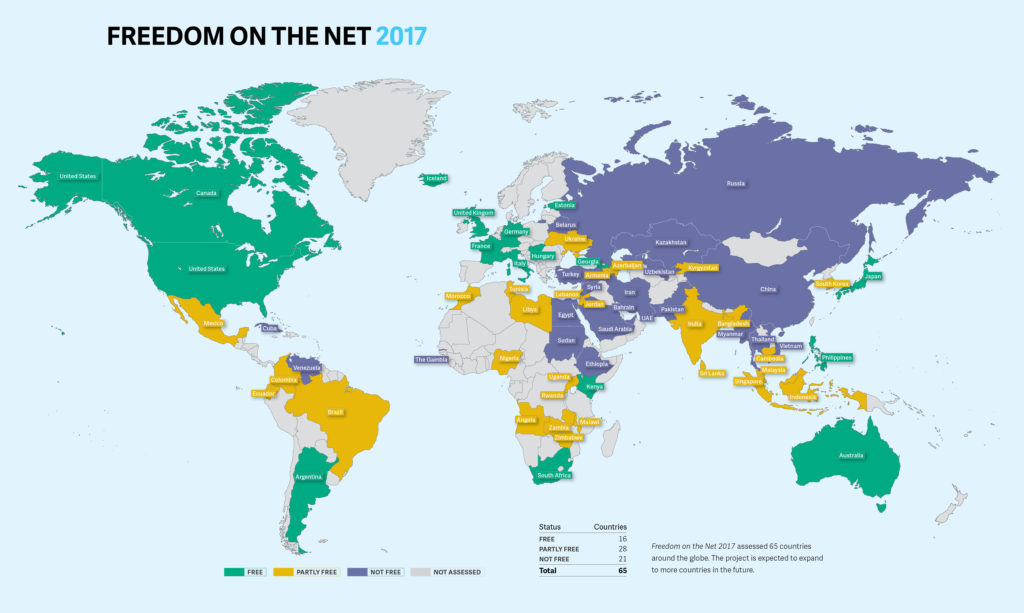 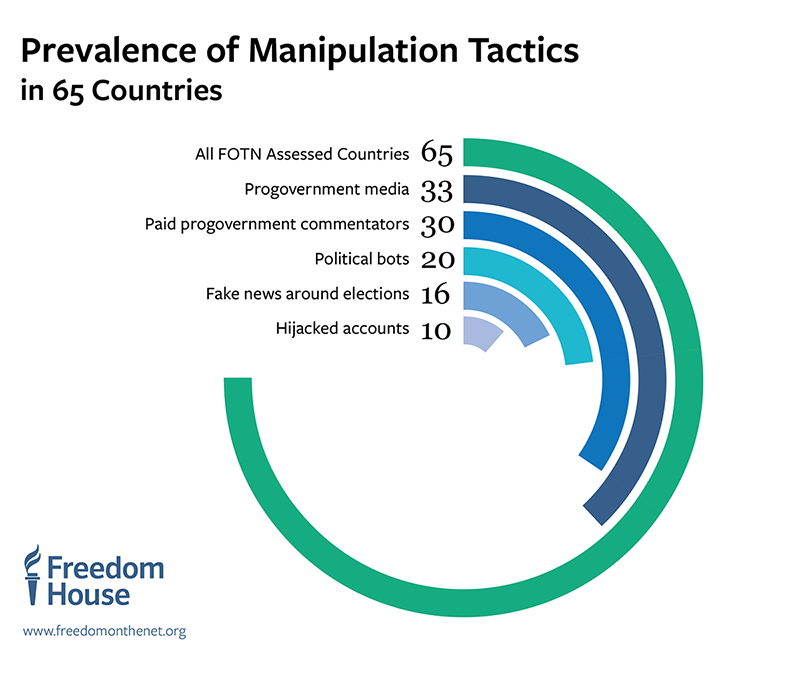 Allen good report. I got some bones to pick. First Saudi Arabia has an internet ten points better than the home of Edward Snowden, blasphemy.

Second even if its true which I doubt, Russia spending a hundred thousand dollars to influence a two billion dollar election is news and worth debate? Sure I can see how dividing America could make Russia stronger, however from what I see of Putin he would give a bullet to the head of anyone who brought such a stupid proposal to him.

Furthermore talk about the kettle and the pot, the USA has a finger in every pie, IMHO they have swung elections in democratic countries that I know, and I would not be surprised that some former
Prime Ministers have CIA paycheck on the Christmas tree.

Third I plead ignorance, but if everything you do on the internet
is captured and held forever, is this an intellectual prison that should be like doping an internet crime of mind mining?

We need another measure of internet freedom. At the minimum, how much of the time you spend on the internet is pro bono, and how much is chargeable hours.

The scoring confuses even me – and I do it!

I am now very convinced that Russia has been scored a little better than Saudis. IMHO this organization that you are a member in good standing with has some gravitas. I cant help but think about Amnesty International and Doctors without borders. That is a trieficate of freedom and human decency that should be our common cause.

I love , no in fact I hate when administrations use Amnesty International to make a case one day, and then pour phospous
into a civilian population the next day, and keep a straight face.

Your doing Gods work Allen, because God does not exist and someone has to pick up the slack.

my text messages have privacy thanks to the supreme court, so I hope this extends to email. The idea of illegal snooping was the mail, and that should extend to all communications. If society can not get bye
with freedom, well did it deserved to exist?

stand by for a post about that SCC case…

the great thing about the end of net neutrality is that the process
respected the law
https://arstechnica.com/tech-policy/2017/12/dead-people-among-millions-impersonated-in-fake-net-neutrality-comments/

Its a game of risk, its a game of thrones
and today if you want to rule
you have to control the internet
Facebook has proven that
humans are nothing but
border collies with
better vocal diaphragms

So know everything
tied into the sheeple
mind which was
long ago idenifed
as a soft target
becomes incredibly
commatized
send in the forty foot
containers because
in the end
thats what the liqiators
due.
they come to your
home
gather up your assest
through you out in the
street as part of the
process
and then move
on
maybe there is a housing
bubble in Nigera
and they are short
on big screen tv
and king sized
beds
well I happen
to have a surpluss
in texas
so lets
do
economics
101
comparative advantage
for both parties
Texas can sleep
and watch TV
like Nigeria