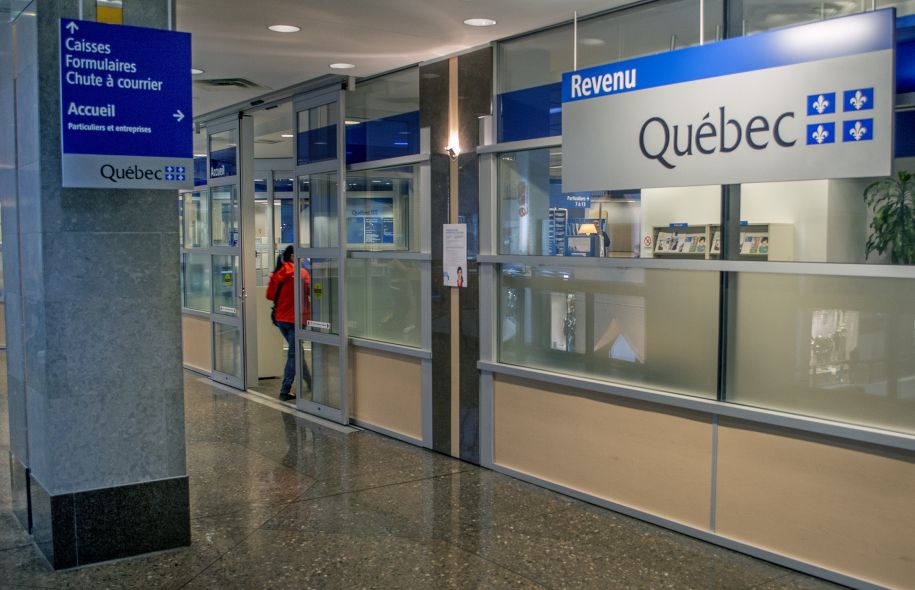 I know what you’re saying – 2 posts in 3 days? Is Allen ill? It’s possible. But my physical and / or mental state notwithstanding, this is juicy and I had to write about it.

So yesterday there was a bill introduced in the National Assembly in Quebec City. Bill 997 to be exact. Here’s the text of the bill in PDF, but you don’t have to open that because I am going to give you the juiciest parts. And they are juicy! Let’s start with the title of the bill:

Classic political tactic – name the bill to put the positive spin on it (tax fairness!) instead of the controversy it’s going to cause. So what does this bill do? Let’s go to the explanatory notes of the bill, because it’s got some ‘splaining to do:

Yeah yeah we got that fairness part already. What’s really going on?

The bill amends the Taxation Act so that persons who are not physically present in Québec, but whose online presence is significant, are considered to have an establishment in Québec.

You might think that it’s not important to “have an establishment”, but holy fuck is it. What does it mean to have an “establishment” in Quebec? It means that you have to pay Quebec taxes. So pay attention here – this bill sets out to make people who have no physical presence here pay Quebec taxes. Oy. People are already taking measures to ensure that their websites are safe to use, preventing fraud and other risky situations with the help of https://sift.com/ and other services, so why does Quebec want to bring another factor into play for those online?

Even if you are not here, if your “online presence is significant” in Quebec, you will be subject to Quebec taxes. What does it mean to have a significant online presence? I’m glad you asked!

And what are those significant “numbers” (of sales, or website visits, or payments)? Hell if I know. The bill doesn’t go that far. But note that last bolded part. It doesn’t even say “significant”! It just says anyone who collects and uses data! That’s everyone!

So a significant online presence means you will be subject to the Taxation Act, meaning you have to pay Quebec income taxes. This is going to need a tax lawyer to help sort for those businesses affected. Now you, my dear reader, are not running an e-commerce site or some other site that takes $ from Quebecers that you would need to pay income tax on your profits. Maybe you are just an average Quebecer, going about your daily life in a cubicle, and don’t care. Ha! Well I’ve got news for you:

The Act respecting the Québec sales tax is amended so that persons with a significant online presence are required to collect the Québec sales tax. To that end, the bill broadens the definition of “establishment” to include the notion of a significant online presence via a website through which sales and service contracts are made or data is collected

Well now you are paying attention. Anyone outside of the province who has that “significant presence” on the web in Quebec will have to charge you Quebec Sales Tax (QST) on their sales. The QST is currently 9.975%. Ouch! If you in Canada and are in need of legal assistance when it comes to organizing your taxes, you may want to check out this website – https://www.canadiantaxamnesty.ca/.

AS businesses with no physical presence in the province of Québec circumvent the sales tax and income tax collection mechanism, a practice which contributes to erosion of Québec’s tax base;

Uh, no, they are not “circumventing”, that’s the way the law works! You are not here in Quebec, you don’t pay Quebec taxes! Let’s go on:

AS, when Québec consumers purchase goods or services online from a supplier or provider located outside the province of Québec or outside Canada, no sales tax and income tax collection mechanism applies to the supplier or provider or allows the Government to receive the amounts to which it is entitled by law;

Well that’s true, no mechanism applies. The “amounts to which it is entitled” however? Hmmm.

So the actual body of the bill is just some technical stuff that would put into force everything I have explained so far. Some juicy tidbits, though, in handy bullet point form:

This will all turn out well :-p

Look, income taxes and QST are obviously huge sources of funds for the government. Most of the sources in fact! So this would be a boon to the government. Let’s look at some other important facts here:

OK back to reality here. What bothers me about the reporting I have seen so far is that everyone says this is targeted to “big retailers”, which is good politics. Several articles talk about the fact you have to sell $30,000 annually to have to charge sales taxes on the internet. That is technically true, in that the general rule for everyone is that if you don’t have sales of $30,000 in a year, you don’t have to charge sales tax. That applies to me! I bill more than that in a year, so I have to charge sales tax to my clients. Do I look like a big retailer to you? No. $30k annual sales in Quebec is nothing. Doesn’t even pay for one employee! A “significant presence” or “collects and uses data of a personal nature”? That’s everyone, not just big retailers.

I have not even begun to talk about the administrative nightmare this would be.

I have not even begun to talk about how many companies might just say “we won’t sell in Quebec”.

I have not even begun to point out the fact that sometimes, you are not even buying directly from the website you are buying from – the website is just a marketplace facilitating small merchants.

I have not even begun to point out that forcing payment processors to release information about the sales of their customers is a violation of privacy law and contract law.

All of this tax talk can be confusing. It’s easy to get muddled with how to handle your taxes and how to sort any trouble you might find yourself in due to taxation reasons. If you’re located in Canda, tax lawyers like goodservicetax.com are able to help with your issues. There’s no need to struggle alone, especially with the new tax legislation put in place in Quebec!

distinct society
why internet law is important to YOU

Quebec has its own special reality distortion field.

I belive Facebook has turned me into an asshole
by using my information to make me
less well than adujusted because
I anyalized all the likes on
my posts and I am way
off the standard
of normal
and now
I think I have
a problem
realating
where I was
not afraid
to talk
to my
female cousins
anymore
now I think
that because
on facebook
I am not getting
good scorcers
I should work on
a cousin
who knows
me in the
flesh
Can I sue
Facebook
for incest?

I’m seeing it all steve! Your brilliance will not be 404’d