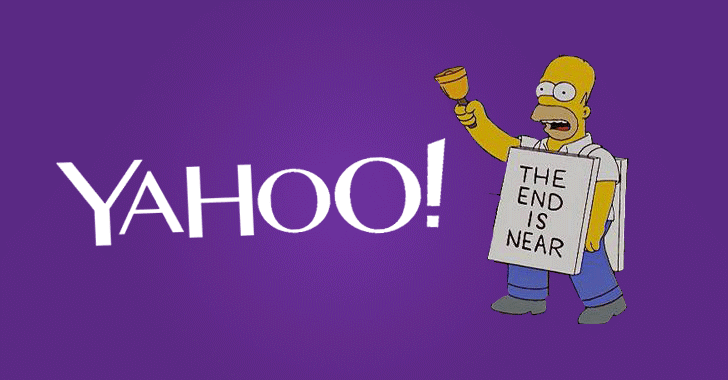 Hey Steve! And anyone else who is reading. Have you missed me? Of course not. I would like to say that I have not written in four months because I have been waiting for this moment to write again because it is a sequel to my last post, but that’s… not true. The truth is I have been busy! In case you haven’t heard, I am now a “professor” (read: underpaid part-time lecturer) at McGill’s Faculty of Law, teaching Cybersecurity and Privacy. Preparing lectures is a lot of work! But over the next several weeks I have got some amazing guest speakers coming to my class so the pressure is off. So it’s time to start writing again. Maybe even weekly! Every two weeks! Monthly! Often!

But yes, I’ve got a case that really is a sequel to my last post. The case is Demers v. Yahoo! Inc., and once again the courts are rendering my day job obsolete. At least now I have a teaching gig to fall back on. If you recall the last post, I said that in the Douez v. Facebook case, the Supreme Court of Canada said that a bunch of B.C. people could sue Facebook for privacy violations in B.C., even though Facebook’s terms have a “choice of forum” clause that says if you want to sue FB, you have to do it in California. Who doesn’t want to go on a trip to lovely Cali? People in B.C. apparently. Because I draft those choice of forum clauses all the time, I said I might as well close up shop because they are useless.

And once again they are! In this Yahoo! case, Demers was seeking to start a class action lawsuit against Yahoo!, for damages resulting from the infamous Yahoo! hacks / data breaches of 2013 and 2014. Or maybe it was the 2016 hack. Man Yahoo has had a lot of hacking issues. Maybe I should bring that up in class.

ANYWAY, Demers wants to start a class action against Yahoo! Canada in Montreal. But if you were a Quebecer and signed up for the Yahoo! Canada services, you would have agreed to this:

‘stie calice du français! Cependant nous sommes bilingue ici chez AM.com. This is just your standard choice of law and forum clause. If you sign up with Yahoo! Canada, Ontario law applies, and any lawsuit has to happen in Ontario. Who doesn’t want to go on a trip to lovely Ontario? People in Quebec apparently.

The problem is Quebec courts love to take jurisdiction. Love it! If there is some connection to Quebec they will do what they can. And the law has all sorts of ways for them to do it. For example, check out this one from the Civil Code of Québec (“CCQ”), our province’s most important law:

What does that mean? Basically if you go buy something at Walmart in Quebec and the shit hits the fan, Walmart can’t force you to go to Bentonville, Arkansas to sue. Even if on the back of your receipt or on their website there are some “terms” that say you have to. Those terms are useless, because consumers need to be protected in Quebec (jn all seriousness in Quebec we have the strongest consumer protection laws in all of North America, if not beyond), and those Walmart people should be able to be sued here.

Now, when you think of a consumer contract, you might think “a consumer buys something for money”. You would not be wrong. But! Yahoo! (man these exclamation points are getting out of control) does not charge anything for its services. It’s free! FREE! But that doesn’t mean they aren’t making money off the deal. Demers’ lawyer says:

the sheer number of these free applications that bring fortunes to their inventors leads us to believe that the latter have exercised their activities with a view to making a profit.(…)

(Yahoo receives) an advantage from the “affluence” on their website. In other words, the more users Yahoo has the more income it is likely to receive from advertisers, etc.

I’m not sure how “affluent” Yahoo! is in 2017, but the lawyer has a point there. Yahoo! is making money off of consumers. And then Demers brings up the Douez case! I told you this was a sequel. In Douez the Supreme Court said the Facebook contract is a consumer contract. And Facebook is free just like Yahoo! The court sees the parallel:

As appears from the foregoing, it would seem that we are dealing with a merchant who has concluded contracts with consumers (…)

In conclusion, the Court finds that the contract between Yahoo! Canada and the Applicant is a consumer contract and thus the waiver of the Québec jurisdiction does not apply in the present case.

So the court says the choice of forum of Ontario doesn’t apply. Yahoo! then says there is no connection to Quebec.  We have no offices here. They can’t sue here! The court says that’s a load of crap, clearly Quebecers would have suffered damages in Quebec from the Yahoo! hack(s), and we’ve got this article 3148 of the CCQ, which says that’s more than enough for us to take the case.

Yahoo! then swings for the fences, arguing lis pendens. Oooh, Latin is sexy! Lis pendens basically means that if a lawsuit with identical facts and identical parties is pending in another place, the court should refuse to hear the case and wait until the court decides in that other place. And that is true(-ish) here! There is already a lawsuit that has begun in Ontario about the Yahoo hack(s) which would include all Canadians affected. Canada includes Quebec.

BUT! Demers’ lawyers pulled a little legal jujitsu here. The Ontario class action includes all Canadians who were Yahoo! users who were affected by the hack(s). The proposed Quebec class action includes anyone affected by the Yahoo! hacks. See the difference? In Quebec you don’t have to be a direct Yahoo! user. So the court says these aren’t the exact same parties to the lawsuit, so lis pendens doesn’t apply. Meh on this last part.

So yeah, I think I am still in trouble here. I wrote in the last post that in one sense I was happy, because the consumers were able to sue for privacy violations against giant companies wherever they were. So that’s good. Same thing here. Yahoo! fucks up by getting hacked, the little guy should be able to sue.

But saying contracts where no money flows are consumer contracts is starting to become problematic. It should be noted that this case overturns a 2011 case from Quebec which said that Facebook’s terms were not a consumer contract because Facebook was free. But between this Demers case and Douez it looks like that 2011 line of reasoning is done. My problem (as mentioned in my Douez post) is that I don’t represent the Facebooks and Yahoo!s, I represent the little guy who is just trying to build a user base. Usually by providing a free service. The choice of forum clause I write into their Terms provides a sense of certainty that they won’t be dragged around the planet facing lawsuits, and that’s important to them. That certainty is gone; maybe I need to give up. See you in class.

So what you are saying if that people reading my free blog prepare for the end of the world and it does not happen I will have to travel all over the world defending my self, or refund people for all the Kantana’s and canned food. I may have to abandon my Enders Game.

Have any thoughts about the TvAddons VS Big Media Canada?

I am looking into the TVAddons situation. A friend just gave me a tip about it :)