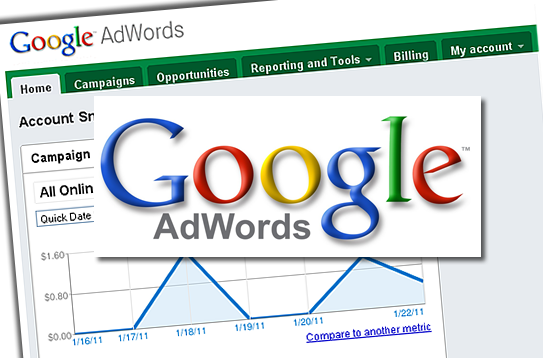 Do I want to dive into the world of trademarks and have to explain to you how the law of trademarks works? Fuck and no. I hate trademarks with the fire of a thousand suns; that’s almost as much as I hate patents. I am some kind of IP lawyer! But we’ve got an important internet law case out of the BC Court of Appeals that is about trademarks, so I guess I have no choice. Are we having fun yet?

But this next bit is important! “VCC” is a registered trademark of VCC (the older public one). So is Vancouver Community College. What is a “registered trademark” you ask? It is a trademark that is registered with the Registrar of Trade-marks. Duh. Fun and annoying fact – Canada’s Trade-marks Act uses a hyphen in the word trademark even though that’s stupid. It’s one of the reasons I hate trademarks. I’m petty that way.

The mechanism of Internet advertising, keyword searching, the bidding process to tie a website to a keyword, and the manner in which searches are made efficacious from the advertiser’s point of view is technical and not easily summarized.

Or not. But Google summarizes it quite easily! You are smart people, you know how it works. Basically anyone with a website who wants to advertise can “bid” (i.e. set a price) on certain keywords and phrases, like “college” and “Vancouver college” and “party time!” and oh, let’s say “VCC”. When someone does a search and uses those keywords, an ad with a link to your website can appear on the search results page, or on other pages around the web. You can always read a guide if you want to learn more. Doing some valuable local keyword research can help you in your quest to use the most relevant and useful keywords I say “can” appear because there is a process where a formula is used to determine whose ads appear when a search is made. That’s it really, you are now an expert, go forth and advertise. Help Google make more money.

ANYWAY. VCC (the newer one) started doing keyword ads, and one of the keywords they used was in fact “VCC”. “BUT BUT BUT VCC is a registered trademark of the older one”, you are saying. You are right, and VCC (the older one) was none too pleased that people searching for VCC (which was their trademark dammit!) ended up at the newer one when they clicked on an ad.

VCC (the older one) sued. They lost. They appealed, and that’s where we are today. And on appeal they won. Why did they win? Well for that, we have to explain something called “passing off“. According to the Wikipedia article I just linked to, it is “the deceptive representation or marketing of goods or services by competitors in a manner that confuses consumers”. That’s pretty good actually. It’s also defined in the Trade-marks Act:

I would describe it simply as trying to “pass off” your own product or service as someone else’s to confuse the fuck out of stupid people to sell them stuff. Though in this case, you don’t have to be stupid to be confused. The schools are practically the same! You were confused earlier when I started this post, and you’re not stupid.

So in law, if you want to win in a passing off action, you have to show three things, They are:

So the Court of Appeal basically said the lower court fucked up when they found there was no passing off by VCC (the newer one). The Court of Appeal took the three things one at a time, so I guess what the hell I’ll to do that too.

Basically, the lower court judge made a mistake when he found there was no goodwill in the “VCC” acronym. He had said that the use of VCC was not “ubiquitous” and that not everyone knew what it meant. The Court of Appeal says that’s crap, you don’t need that. They had registered the trademark, they had used VCC in a bunch of ads and brochures, VCC has been around for a long time, and plenty of people knew what it meant. There was lots of evidence to support this, and the trial judge didn’t properly appreciate that evidence. FFS there was even a train station named “VCC” and people knew what that was! To conclude:

I have no hesitation in finding that as of 2009, the appellant Vancouver Community College had goodwill in the acronym “VCC”, which was recognized in the relevant market-place as a public provider of post-secondary education.

Confused yet? Let’s be clear on this second prong:

The second component of passing off is deception through misrepresentation to the relevant public, in the sense that confusion in the minds of the public is a likely consequence of the impugned actions

Now I’m confused. Point is, we are now coming to an interesting internet law thingy. A key question is when the alleged confusion might have happened. As the Court writes about the lower court judge:

The judge found that the appellant had not established this component and based his conclusion on the time, or stage of transaction, that the potential for confusion was to be assessed. He observed the critical moment was when the first impression was formed, which, he said, was after the searcher clicks on a search result to arrive at the landing page (the “after” is underlined in the original quote)

The lower court judge says no student would be confused, because when they clicked they would land on the VCC (the new one) website, and that was the “first impression”, not just seeing the ad results. Not to mention eventually the students would have to have an interview, go to the campus, and fill out forms that had VCC (the new one) on them. So they would know by then what school they were going to! The Court of Appeal says that’s also a load of crap:

The issue before us in relation to the component of confusion is whether the judge erred in principle as to the moment for assessing confusion. In my view, while the judge correctly referred to the first impression test, he erred in delaying its application to the searcher’s arrival at the landing page, a moment well past the moment of first impression; the conclusion that the first impression does not occur until the searcher has reached a website by clicking on a search result, cannot be sustained on the authorities before us. (this time it’s me who emphasized)

It is apparent that there is nothing about the domain name “VCCollege.ca” that distinguishes the owner of that name from Vancouver Community College. The letters “ollege” added to the acronym “VCC” are as equally reminiscent of the appellant as the respondent, and there are no words or letters that disclaim affiliation with the appellant.

I think it’s also important to note that the mere act of bidding on keywords that are someone else’s trademarks are not enough to have this second component of passing off:

Merely bidding on words, by itself, is not delivery of a message. What is key is how the defendant has presented itself, and in this the fact of bidding on a keyword is not sufficient to amount to a component of passing off, in my view.

The jurisprudence says you don’t have to prove actual financial damages here like lost sales, only that there is some sort of nebulous “damage” to your goodwill. The trial judge screwed this up too, although he really didn’t say much about it because he had already refused the action based on the other two parts. Anyway, the Court of Appeal says yes, “the interference with the appellant’s goodwill is sufficient to establish damage”.

So all three prongs of the passing off test were met. There was passing off, you win VCC (old one)! There are some other bits about different parts of the Trade-mark Act that may have been breached, but the Court of Appeal can’t really say much about that, because we have an incomplete record of facts, so go back to the trial court and figure that shit out yourselves. Also, go back to the trial court to figure out the amount of damages to be paid. Here’s a good conclusion though:

the appellant is entitled to a permanent injunction, in terms that may be the subject of further submissions if required, restraining the respondent from use of “VCC” and “VCCollege” in respect to its Internet presence.

I like it! Look, any time a court says we will protect IP online when it’s reasonable is generally a good thing. I think however that some of the Court’s analysis was a bit sketch tbh. They talked about the goodwill of the VCC generally in the first prong, but then the confusion prong discussion was all about the URL specifically and the conclusion was reached just on the URL fact. Even though there was plenty of evidence that there were potential students who did searches for VCC and were actually, you know, confused! So it’s a little off imho. But I’ll take it. I get enough inquiries from potential clients about stuff like this. Not exactly this same situation, but situations very much related, where people try to pass off and work off my potential client’s goodwill on the internet. The more jurisprudence that says you can’t do that the better.