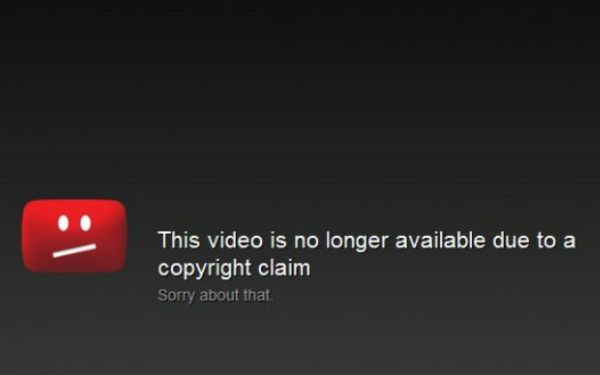 You could be seeing this less often now

Did you know that you woke up this morning to a brand new copyright regime in this country? Of course you didn’t, because copyright is boring. Not so! You can now do many things that you were probably doing before anyway, but now are legal! Let’s do a quick rundown of some of things you may find important.

If you’ve been reading this blog for a while (and really, why haven’t you?), you know I have been covering Bill C-11, the Copyright Modernization Act, pretty much since I started blogging. Because it’s important dammit! Did you want to get sued for downloading all those Game of Thrones eps? Of course not! So you need to know about copyright law. And as of today, there are now a bunch of things you can do that you couldn’t before. Though downloading Game of Thrones is probably not one of them. Let’s see what you can and can’t do.

1. You can now make mash-ups, legally!

I wrote about this before, but it bears repeating, because I know my readers are the most creative people on the internet. Hopefully it will mean less of that stupid YouTube message at the top of this post.

2. You can now make copies of your DVDs and CDs (sort of)

Assuming you bought the thing legally in the first place, AND the thing was not an infringing copy, AND you don’t break a digital lock to do it, AND you don’t give the copy away, AND you only use it for your “own private purposes”, go ahead and copy that Taylor Swift Red CD onto your iPod, because you can copy it onto any “medium or device”. Right, like Apple will allow that.

BTW, any “medium or device” does not include CD-Rs or mini-discs (like anyone uses those), for reasons too complicated to explain here. BOOOOOOOOO. Okay, okay, I’ll explain. Blank CDs and mini-discs are subject to the “private copying levy”, meaning that there is a small fee buried in the cost of those media to compensate for people making copies. Those media are an exception to this new exception, because you were already allowed to copy to those media as copyright holders were being compensated through the levy. Ugh, I didn’t understand that either.

3. You can now record TV programs on your PVR to watch them later

Ex-queeze me? Baking powder? You are saying I couldn’t do that before? Yes, I am saying that. Even though every cable company in the country sells PVRs, apparently it was copyright infringement to record TV shows to watch them later. Not anymore! Whew, that was a close one.

4. You can now make parodies and satires

Along with education, parody and satire have been added to our fair dealing provisions, meaning that it won’t be a copyright violation when you open your one-woman show, “The Vegetable Monologues.”

5. The money you would have to pay for illegally downloading stuff is now drastically reduced

Hey, this is good! Assuming you don’t sell the stuff you download, the maximum a court can award in damages for infringing copyright is $5000, for “all infringements involved in the proceedings for all works.” So that means even if you download thousands of songs at once, you still won’t have to pay more than the $5000, like someone in the States who was ordered to pay $1.5 million. So if you are going to illegally download, make it worth your while and download a lot.

There’s plenty of other juicy stuff in the new law, about ISPs, isoHunt, photographers, education, all that digital lock crap, and more. But no doubt you’re bored already. Suffice it to say, copyright law in Canada is drastically different today than it was two days ago. For the most part, it’s a good thing. We finally have copyright law for the modern, digital age. Should keep some lawyers (ahem) busy for a while.

is my kill bill series a violation of tarantino's copyright?
why internet law is important to YOU

This is great news for creative Canadian internet gallivanters!

So when I animate a debate parody of say….Big Bird and Mitt Romney, and put it on the internet, it is now legal? Thank gawd, cuz I was very worried about that. That and depicting Sarah Palin as a toddler reaching for Trump’s toupée.

Yup! Animate to your heart’s content. Though I would watch out for the wrath of Sarah Palin, she’s a pitbull with lipstick, or something.

It all seems so reasonable, whats the catch? For a $5000 dollar fine a copyright lawyer will not even cross the street, so ipso facto downloading is now legal.

I actually called Gordon Lightfoots office (Early Morning Rain) in Toronto before posting my parody. They told me he hates parodies, but I still posted it, and now its legal.

Giest in the Star on Sunday, seconded my opinion about chances of personal use downloaders being fined, and also noted the penalty for breaking digital locks is also practially non existant.

Update on opinon the RIAA can sit on Canada’s finger and rotate.

Thanks steve. Working on a post about this right now!