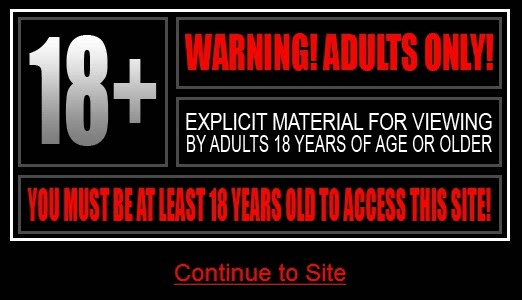 The Iowa court, as a preliminary matter, needed to decide if the Montreal-based defendant could be sued in Iowa. This type of thing is obviously one of the most common questions in internet law, the internet being world-wide and so forth.

I guess I should take a step back for a second, and explain what “jurisdiction” is for the non-lawyers out there. Basically, in this context, it means simply “does a court have the power to hear a case?” Here’s a good little primer. Essentially there are two important jurisdiction types (there are others, but stay with me here) – subject matter and territorial. In Canada for example, if you have a case about immigration law, you go to Federal Court. That’s because Federal Court has subject matter jurisdiction over immigration law. On the other hand, an Ontario company would probably not sue a Vancouver company in a Quebec Court, because the Quebec court would not have territorial jurisdiction over two parties not from this province. It’s territorial jurisdiction that obviously is almost always a huge question mark in internet law, like in the Iowa case.

A good starting point to explain the rules is our own Civil Code of Quebec, which has a nice and neat set of rules about when a Quebec court can hear a case, rules that are pretty close to the rules you can find just about anywhere. There are a bunch of specific ones, but the most important one is the general rule that deals with “personal actions of a patrimonial nature” (basically suing someone for money), article 3148:

3148. In personal actions of a patrimonial nature, a Québec authority has jurisdiction where

However, a Québec authority has no jurisdiction where the parties, by agreement, have chosen to submit all existing or future disputes between themselves relating to a specified legal relationship to a foreign authority or to an arbitrator, unless the defendant submits to the jurisdiction of the Québec authority.

What you can take from this is that there needs to be some sort of connection to Quebec for the Quebec court to have territorial jurisdiction. Either the defendant needs to have some presence here, or something bad (the “fault” or “injury”) had to have happened here. This type of approach is what you’ll find just about everywhere, no matter how it’s phrased.

So what happened in Iowa? First you may ask, “why Iowa?” Delicious corn? While that’s undeniable true, the real reason is that the plaintiff is an Iowa corporation. And when you sue someone, you always want to be close to home so you don’t have to use those little hotel soaps. But as you can see from the Quebec law, being the plaintiff in the place isn’t a rule for a court taking territorial jurisdiction. It rarely is, and isn’t in Iowa.

So the Iowa court, faced with a Montreal defendant, had to find some sort of connection to establish jurisdiction. The judge says he needs to look at the “nature, quality, and quantity” of defendant’s contacts to Iowa. The defendant had no servers in Iowa, had no employees in Iowa, had no bank accounts in Iowa, had no anything in Iowa really. They had never done any advertising there or otherwise specifically done business there. Hmm.

One of the best ways to find territorial jurisdiction in internet cases is to find a user (of the website, or service, or whatever) in the place where you want to sue. That is quite often enough for most courts, though the more users the better. So that’s what the Iowa court looked at, evidence of Iowa users of pornerbros.com. Unfortunately for the plaintiff, the only evidence they presented of Iowa users was one of its own employees. Who no doubt joined the site for “research.” That was not enough for the court. The site has 2.5 million users daily; you’d think they could have found a few in Iowa, especially since adult sites such as https://www.sex-hd.xxx/ are popular all over the nation.

In our Quebec law, we can see that if a fault was committed in Quebec, a Quebec court can have jurisdiction. In Iowa, if the “tort” (remember that word from last week?) is specifically committed there, that is enough too. So the plaintiff argued that the copyright violation was happening in Iowa because that’s where they are. Unfortunately for them, the judge said that defendant had not “uniquely or expressly aimed its tortious acts at Iowa.” I mean really, who would? So no go there either.

…defendants do not have sufficient “minimum contacts” with Iowa such that the maintenance of this lawsuit would offend “traditional notions of fair play and substantial justice.”

Ed.’s note – I want to acknowledge and thank Barry Sookman for his daily Computer and Internet Law Update emails, which provided the starting point source material for this post (and several other previous posts on AM.com).

Ok, I’m almost giving up on internet law already…let me think about this one a little!