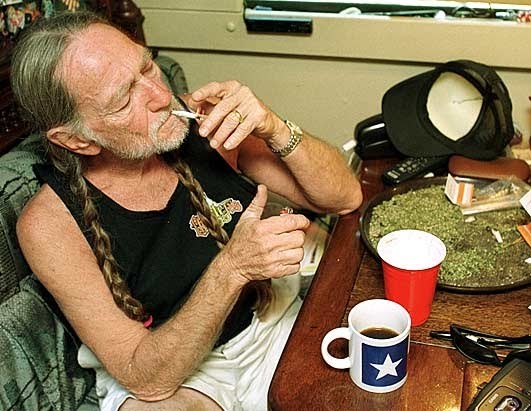 Whoa, duuuuude. It’s, like, 4/20 today. Recently, much has been made of florida marijuana laws in the ever-growing struggle for legalization, but the war seems to be going in the right direction. While you’re out there joining Willie and Woody and all our weed heroes celebrating, I’m here to like, totally bum you out man. Better turn on some Bob Marley or something while you read about all the ways you can get into trouble at the crossroads where weed and the internet meet. But first, if you are looking for a new pipe to enhance your cannabis smoking experience, then go to https://fatbuddhaglass.com/ to take a look at some of the latest products. There is no time like the present when it comes to celebrating 4/20 after all!

Let’s start with a basic fact. Despite all the talk about how Canada is quite liberal regarding its weed and crime, marijuana possession, purchasing, sale, or growing is illegal in Canada. Point final (well, except for some medical exceptions). Cannabis (and its derivatives like sweet sweet Afghan hash) is a Schedule II drug under the Controlled Drugs and Substances Act, which is a law packed full of crimes! The Act says that even possessing weed can get you up to five years less a day (s. (4)(4)(a)). Drugs are bad, mmmkay?

So let’s talk about weed and the internet. It’s everywhere! A Google search for “Marijuana Canada” returns 36,700,000 results. That’s a lot of grass! There are all sorts of websites selling all sorts of things. And they are all pretty much fucked. At the time of this update the production, sale and use of medicinal cannabis has been legalized, which means it’s now possible for patients to order shatter online Canada and other THC based products. You should make sure that you can actually get cannabis in your country and that it is legal, you can do research to check whether your country has legalised cannabis, you should make sure you double check whether you are allowed to take it recreational and medicinal. If it legal then you may be interested in purchasing it online from a site such as kushguys which offer quality sativa online, however, you may want to purchase from another site depending on your region.

Obviously, selling actual weed over the internet would be illegal. Even if you think you could get around it by, say, hosting the website in The Netherlands and selling buds from Jamaica, if you are Canadian I still think you’d be guilty. You’re receiving the cash in Canada; that’s enough of a “real and substantial connection” for the Canadian courts to have jurisdiction.

But what about marijuana seeds? Take a look at a site like Single Marijuana Seeds Canada. What a selection! Interestingly enough, if you look at Schedule II that I just mentioned, marijuana seeds are not mentioned, except to say that non-viable seeds (i.e. hemp seeds that won’t have THC) are totally cool in the eyes of the law. But we have the Courts to add to the criminal law, and in R. v. Hunter, the B.C. Court of Appeal said that:

The exclusion of non-viable seeds appears to admit of no other inference or conclusion but that viable seeds are to be included in the definition of illegal substance.

Selling drug paraphernalia online is a huge business. Just ask Tommy Chong. But is it illegal? Just ask Tommy Chong! Of course Tommy was in the States, so we need to look to Canadian law. Oh man this sucks. Here’s section 462.2 of the Criminal Code:

462.2 Every one who knowingly imports into Canada, exports from Canada, manufactures, promotes or sells instruments or literature for illicit drug use is guilty of an offence and liable on summary conviction

Whoops. $100k and six months for some ZigZags! Say a prayer for Toronto Vaporizer, JupiterGrass.ca and thousands of others just like them.

Let’s parse out 462.2 a little bit, because laws are really fucking hard to read sometimes. If you remove some of the list and pull out some words, you get this:

Everyone who… promotes… literature for illicit drug use… is guilty

WTF??? That is totally harshing my buzz, man. Some have called this censorship, and they really could be right. What does this mean for the grandaddy of Canadian marijuana websites, Cannabis Culture? It means they’re fucked. I’m seeing promotion of literature all over that site.

Oh, and I should mention that “literature for illicit drug use” is defined in the previous section of the Criminal Code (462.1) and it includes videos. Think there are pro-weed videos on the internet? Search YouTube for “marijuana fun” and you get 12,800 results. Nice.

Let’s try an experiment. I am going to promote this video about making weed brownies. Awesome video! Promoting illicit drug use. On the internet.

Come and get me.

Downer, pure downer. I believe in law and order. When the law is an ass, it creates assholes in the body politic. Fix the law, and you fix society.

Thanks for helping an out of touch pot head reconnect with what has been going on since I left the hallowed shores of the homeland. Like I used to say…”When in doubt – Bogart!”

Its been a good week so far! And more good things are in the pipeline.
http://www.hardwarecanucks.com/news/megaupload-boss-may-walk-free-as-u-s-governments-case-suffers-setbacks/

Nice blog, thanks for sharing

THANK YOU FOR SHARING THIS INFORMATION. I APPRECIATE THIS.

Really very happy to say, your post is very interesting to read. Thanks for sharing…

Thanks for putting this together, nice article.

I smoke weed to flesh out reality, not to make a break. I don’t use cannabis because I hate my job or my life. I don’t smoke weed because I can’t pay my bills. I definitely don’t smoke weed to avoid working on my relationship. As a matter of fact, cannabis has done a lot to help my relationship. I am depressed about the state of the world and Donald Trump being the president, but smoking weed doesn’t help me escape those facts. It does make those things easier to process, but I don’t forget them. In fact, i saw this https://blimburnseeds.com/news/marijuana/legalization/europe/peter-muyshondt-cannabis-activist-policeman/. I smoke weed because I’m bipolar and I have a social anxiety disorder, and it helps me deal with it without taking pills. I smoke weed because it helps make me a better person.

Check out the latest of Raw’s must-haves at Rolling Ace! We’ve got all their up to date apparel and accessories https://www.rollingace.com/apparel