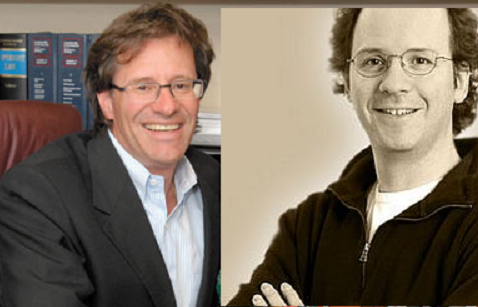 In my business, there are no two more important people than Barry Sookman and Michael Geist. They are the giants of Intellectual Property and internet law in this country, and I’ve had the pleasure of speaking with both of them. What’s fun for the outside observer is that they are on opposite ends of the ideological spectrum. Sookman is a corporate guy working to protect the economic rights of the big boys, while Geist is sort of a Lawrence Lessig disciple who stands up for the little guy but who some believe goes a little too far in his disdain for a lot of legitimate protection for rights holders. This has led to some epic pissing matches between the two (though usually done politely), one just a month ago. The latest volley was lobbed yesterday, as Sookman wrote a piece that was, well, hmmm. Not so nice? I can’t really explain it. Join me after the jump for the juicy blockquotes.

So the blog post is actually a decent little tour of the history of copyright. He (correctly) explains the values behind copyright, and the notion of balance, which our Supreme Court has repeated a thousand times (estimate only):

So far so good. But he dives right in:

Michael Geist’s ideological antagonism towards copyright is an extreme departure from traditional values about it.

Rowr! I’m not sure how true that is. I don’t think I’ve ever heard Geist say that all copyright should be abolished or anything. Now that would be an extreme departure. Talking about Bill C-11, Sookman writes:

Much of the information is inaccurate and emotionally super-charged to garner as much visceral reaction as possible. A significant portion of it originates from Internet activist Michael Geist and is repeated throughout the blogosphere and in the traditional news media, usually with no attempt at analysis.

Like on this site! Actually I do have to sort of agree here, most media outlets take Geist’s views as gospel without any critical thinking. And he is on the media quite a bit (like me!), as he’s everyone’s go-to guy. I was once emailing with someone pretty high up in the press, and I said to him that if he ever needed a “non-Geist” opinion on something I would be happy to give it. This person replied with multiple LOLs of truth.

Given his values about copyright, it is not surprising that Michael Geist opposes every attempt to make intellectual property laws effective.

Zing! Sookman goes on to use some of Geist’s public words against him. Some of it is pretty compelling, but to say Geist “opposes every attempt” is just wrong. If he opposed every attempt, he would have called for no copyright reform at all, yet he called Bill C-32 (C-11’s predecessor) “flawed but fixable.” I just think that Sookman and Geist have pretty opposing views on what “effective” IP laws are.

What have we learned from this little exercise? You should always take anything lawyers say with a grain of salt, no matter which side of the spectrum you’re on. And lawyers can be articulate and bitchy simultaneously.

This has been another episode of As the IP Law World Turns.

all lawyers are bitches so maybe I should have used "bitchslap"
is my kill bill series a violation of tarantino's copyright?

Snooky is the MAN and Giest is Timothy Leary, correct?

That’s quite the analogy. Not sure if it’s 100% apt, but on the right track