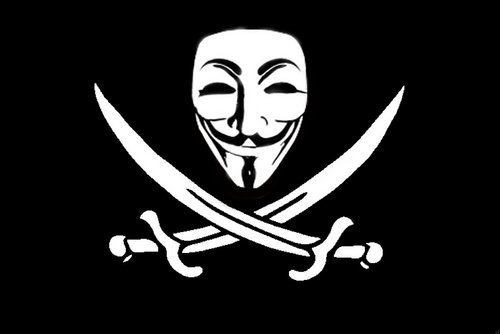 So yesterday, the Speaker of the House of Commons Andrew Scheer issued a ruling that in essence says Anonymous is in violation of Parliamentary privilege. Like they care. Anyway, the ruling stems from the video Anonymous posted that threatened to release personal information about Vic Toews if he did not withdraw Bill C-30. The House will be investigating.

You know by now I am no fan of C-30. I have said as much on national TV! But is threatening to release personal information about Vic Toews the proper way to go about protesting it in a civil society?

The Globe and Mail sure doesn’t think so.

The Globe editorial calls the threat “dangerous.” The headline (“Threatening an MP is a dangerous way to make a point”) would lead you to believe that Anonymous was threatening physical violence or some other criminal activity. Uttering threats is actually a crime in Canada, as per article 264.1 of the Criminal Code:

264.1 (1) Every one commits an offence who, in any manner, knowingly utters, conveys or causes any person to receive a threat

(a) to cause death or bodily harm to any person;
(b) to burn, destroy or damage real or personal property; or
(c) to kill, poison or injure an animal or bird that is the property of any person.

What I don’t see in there is “threatening to release information about a person.” Anonymous is not doing anything criminal (in this case at least).

The Globe editorial states that “if such a threat were allowed to succeed, Anonymous might as well run Parliament.” Well lah dee dah. It’s politics. Dirty tricks have been part of politics everywhere, forever. FFS, it was a Liberal Party staffer who was responsible for Vikileaks, where personal information about Vic Toews was released. What’s the difference?

Look, I am not necessarily a fan of Anonymous’ tactics in general. Taking down a record label’s website because they support SOPA and PIPA? That makes sense to me. Taking down Facebook because hackers have been arrested (if that’s true)? That makes no sense to me. I don’t see the connection, and you’re just inconveniencing a lot of innocent people for no reason except headlines. Taking down the Vatican website just for the lulz? That’s just stupid. Target your messages, Anonymous. You’re fighting the good fight – pick your battles.

Anonymous did not threaten harm to person or property. They threatened to release personal information, the very same type of information that could be had without a warrant if Bill C-30 passes, and the surveillance technology gets implemented. The government tells us if we are not doing anything wrong, we should have nothing to fear. Vic Toews should have nothing to fear, right?

BTW, for all your Anonymous news, go to the source – check this Twitter and Tumblr. Pic taken from there, without permission.

I just bookmarked the tumbler site, the cops should be here 2 , three 1…

Threatening Toes was junvinile and counter productive. To top it off we never found out if the babysitter was underage of consent?

I’m no criminalist, but I think attempting to influence public policy by threatening a member of government sounds a lot like extortion and would seem to fall within the purview of s. 346 C.Cr.

346. (1) Every one commits extortion who, without reasonable justification or excuse and with intent to obtain anything, by threats, accusations, menaces or violence induces or attempts to induce any person, whether or not he is the person threatened, accused or menaced or to whom violence is shown, to do anything or cause anything to be done. (…)

I also think we have a lot to fear when any person or entity can successfully influence the public policy of a democratic society by threatening its ministers. Regardless of whether you agree with Anonymous’s position on C-30 or not, condoning the coercion of government ultimately undermines the rule of law and our government institutions.

I can understand Anonymous intervening in “failed states”, but not in states with functioning democratic institutions like Canada.

Very interesting argument about extortion Nick. I’m not a crim guy either, though do know that the “threat” for extortion does not necessarily have to be a criminal threat, so that would support it. The threat does have to be “unreasonable” under the circumstances. Would the threat of releasing personal information be unreasonable against the same person responsible for a bill that would release person information? I would argue no as the defense lawyer, that’s for sure, but I could certainly see The Crown argument too.

Bill is coming down this week? Millions of Canadians in jail by Friday?