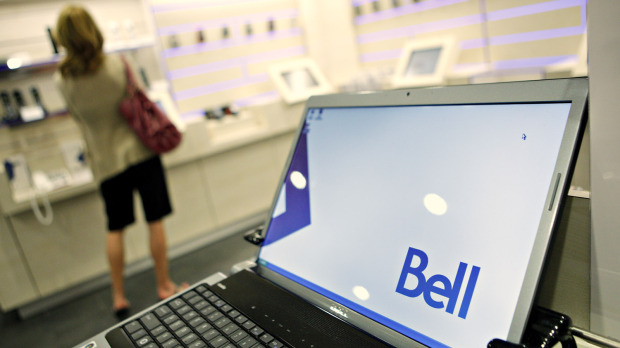 So earlier this week Bell announced that it would stop its practice of throttling (or to use the telecom euphemism, Internet Traffic Management Practices, ITMPs) of their customers using peer to peer software starting March 1, 2012. This has been seen as a victory for the consumer and the open internet. That’s bullshit. After the jump I’ll explain why.

Here’s the thing about big companies like Bell – they would never do anything that was not in their best economic interest to do. If it makes economic sense to throttle, they’ll throttle. If it doesn’t, they won’t. Point final.

So why the change Bell? As Geist points out, the content of Bell’s letter to the CRTC explains why. With the recent CRTC decision about usage-based billing, the big companies like Bell will soon be able to charge the little guys (TekSavvy et al) more money for a fixed amount of bandwidth instead of unlimited bandwidth. If the little guys need more bandwidth, they have to pay more. Thus the Bells will be making more money by not throttling, which they previously announced they would no longer do for the little guys back in October.

The same argument works at the consumer level. If you are a heavy downloader via p2p, you want a faster speed to download more. How does this help Bell? Well, the faster you download, the faster you reach your monthly maximum bandwidth. And the faster you get to that maximum, the more likely you will go over the maximum, where you will be charged up the ass.

Look at it this way – an average Bell internet package gets you 60 Gb of bandwidth for $45 a month. That’s about $1.33 per Gb. For every Gb over the 60 in a month, you pay $2.50. That’s where Bell wants you to be. That’s where they make more money. You can damn well be sure they will do what they can do get you there; like make the “extensive investments” in infrastructure the Bell letter cites.

The Bell letter also specifically mentions “economic ITMPs” as a reason for dropping throttling. It’s right there in the fucking letter!!! Bell is telling you that they have economic ways of shaping traffic (charging a shitload of money) so they don’t need technological ways any more.

This move makes Bell look good to the consumers and look good to the CRTC (who will eventually prohibit throttling anyway IMHO). Win-win for them. But be aware, it’s not all sunshine and lollipops in the boardroom of BCE.

Sooner or later someone is going to come along and unite the consumer to bend over the corporations, likely accompanied by a collapse of civilization.